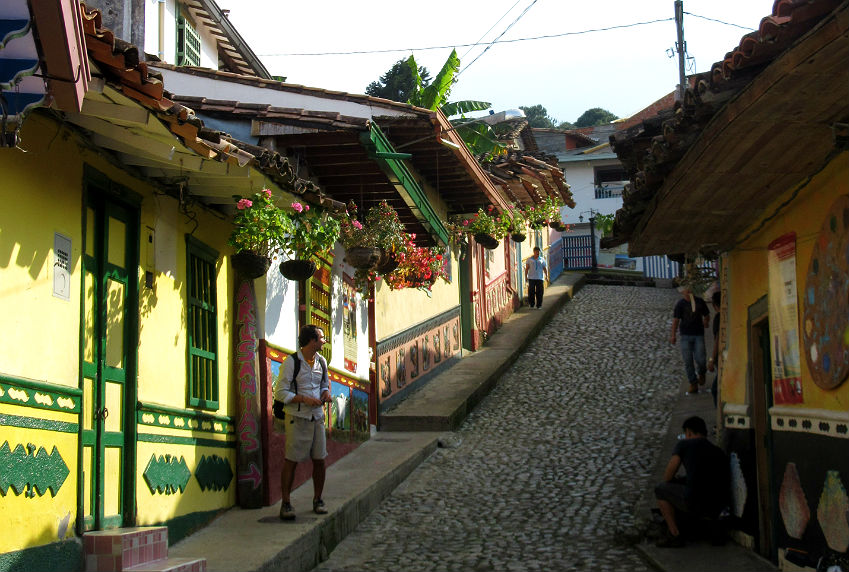 On Friday, March 3, we left Casa Salsipuedes in Medellin for the village of Guatape, less than two hours by bus to the northeast. It's a popular tourist get-away from Medellin, and there are two things for which it is particularly noted.

First are the zocalos, colorful panels of painted plaster that adorn the lower course of most buildings. At first we suspected the zocalos were just a tourist contrivance, but in fact they turn up even on obscure streets away from the tourist center. They seem to be an old tradition in this town that has been maintained for many decades.


Guatape's zocalos may be simple (or not so simple) geometric designs, or birds and animals, or scenes from everyday life, or representations of the occupant's profession or interests. Or anything.


As well as work, birds, butterflies and flowers are popular motifs. All the photos below are panels from zocalos that we particularly liked. 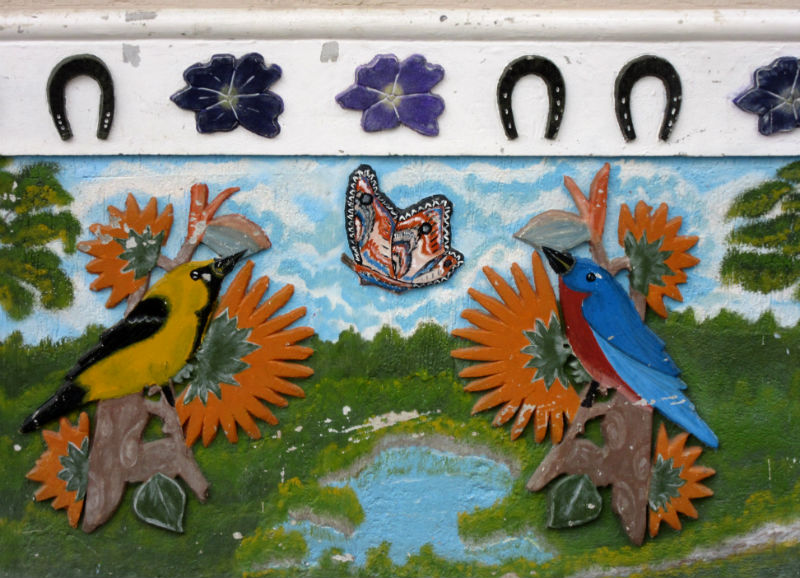 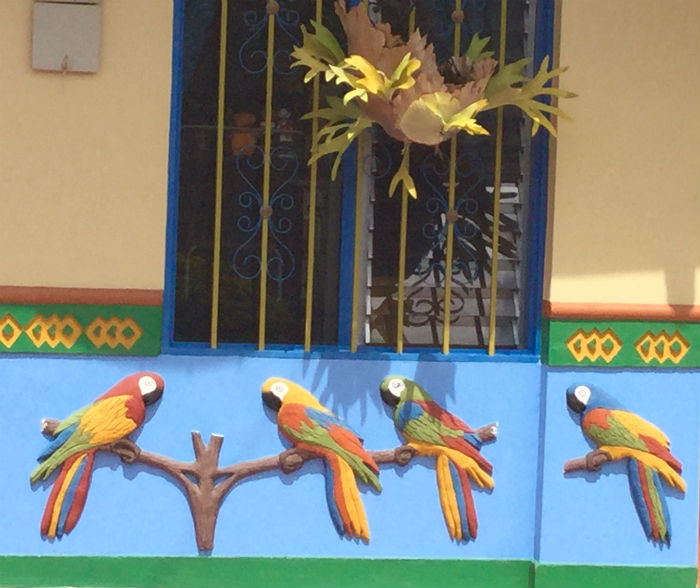 Besides the zocalos, which may be reason enough for Guatape's popularity, there is also "the rock," known variously as el Peñon de Guatape, la Piedra del Peñol, or for visitors, simply "the rock." Whatever you call it, the rock is a huge monolith that can be seen from all over -- including from the hostel where we were staying.

We could see the rock from just outside the hostel, so of course we wanted to climb it.

Our next destination after Guatape would be Manizales, in the coffee region. We left on Sunday morning, March 5, and the trip turned out to be quite an ordeal.