Armenia, Salento, Back to Bogota and Home

When we arrived in Armenia on March 20, we tried something different. We rented a small apartment for the week -- Monday through Saturday morning. We thought Armenia would be a smaller and less overwhelming city than the others we'd seen. Somehow, though, Armenia has burgeoned to over 400,000 people. Even though our apartment was attractive, safe, and comfortable, it confirmed for us that even in the best of circumstances, we much prefer small villages to cities. (Probably this is from living for over 30 years in South Strafford.)

We had four full days in Armenia. What to do?

The first day, Tuesday, March 21, was essentially a waste. The one positive thing we did was walk north on Calle 14 to find the little ice cream shop that Kylie's husband Ivan has opened. Ivan wasn't there, and the ice cream, while good, didn't seem as though it will make their fortune. We got laundry done too.

Our second full day was much, much better. We took buses to the Jardin Botanico de Quindio. It was wonderful. A guide (mandatory) led us through a rich maze of flowers, plants, and trees. Birds were everywhere. 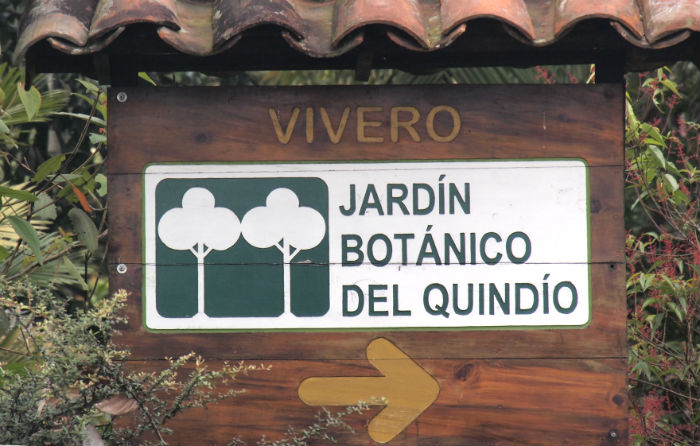 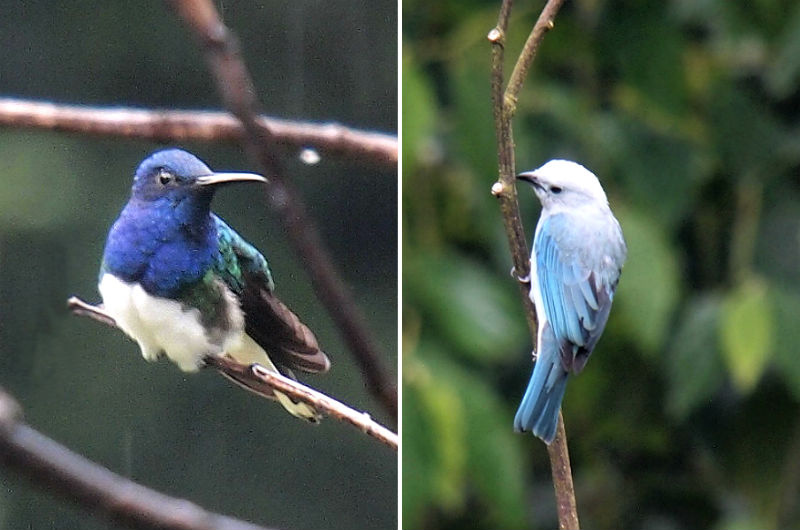 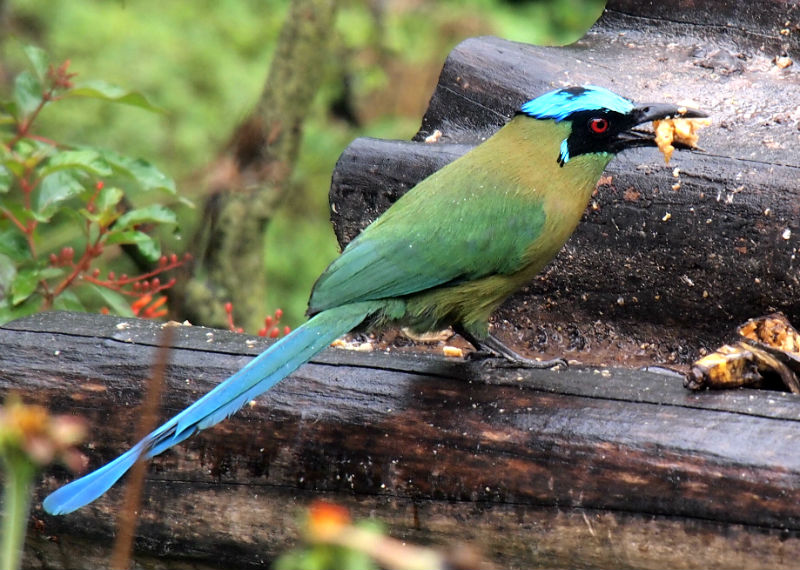 The climax of our tour was the butterfly enclosure, unlike anything we've ever experienced. 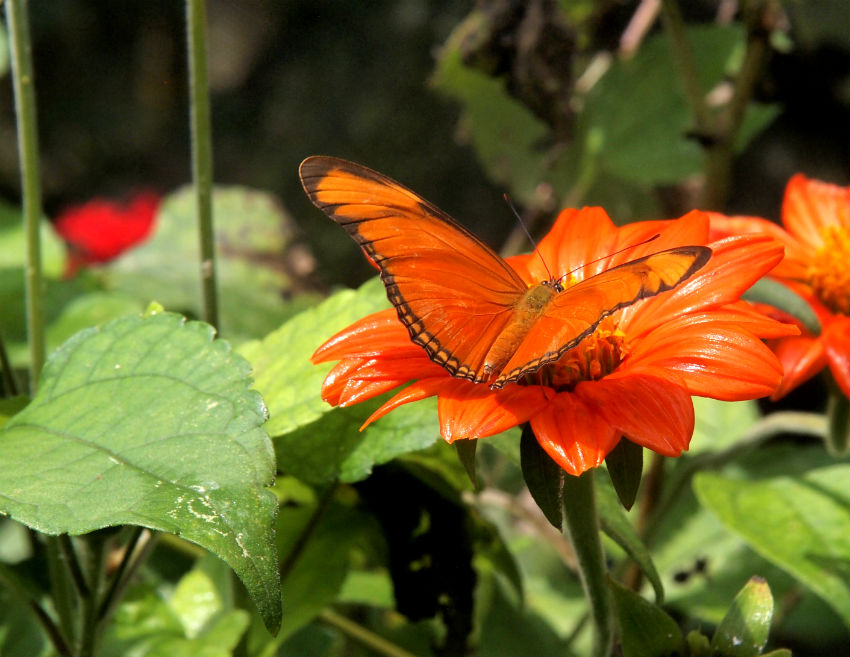 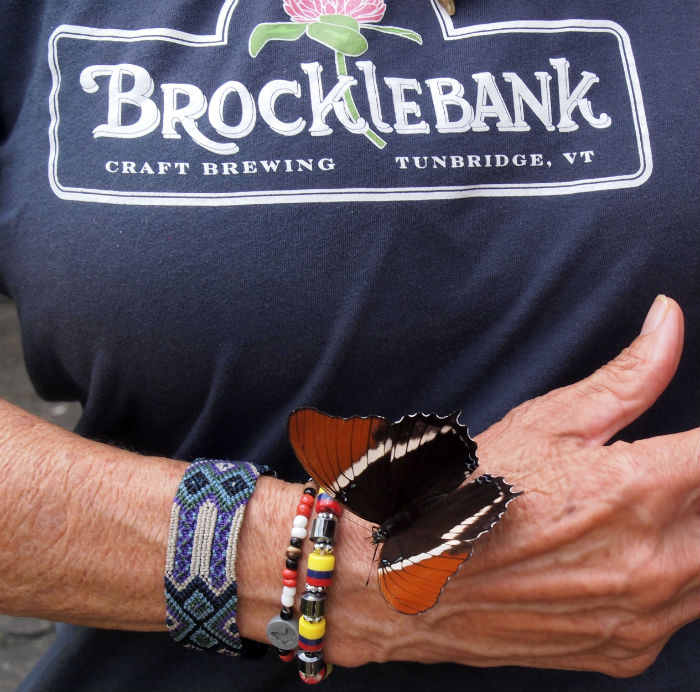 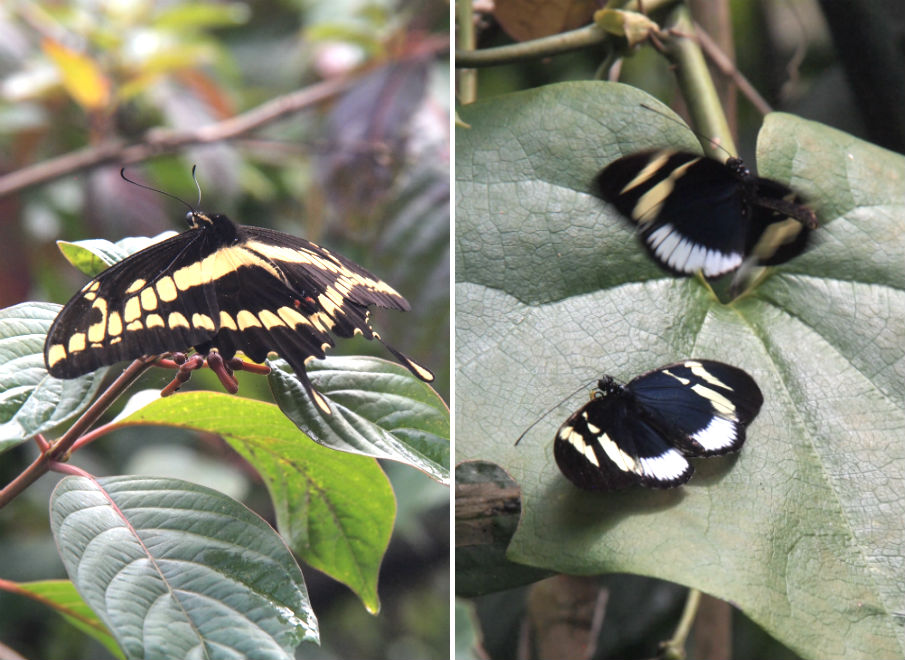 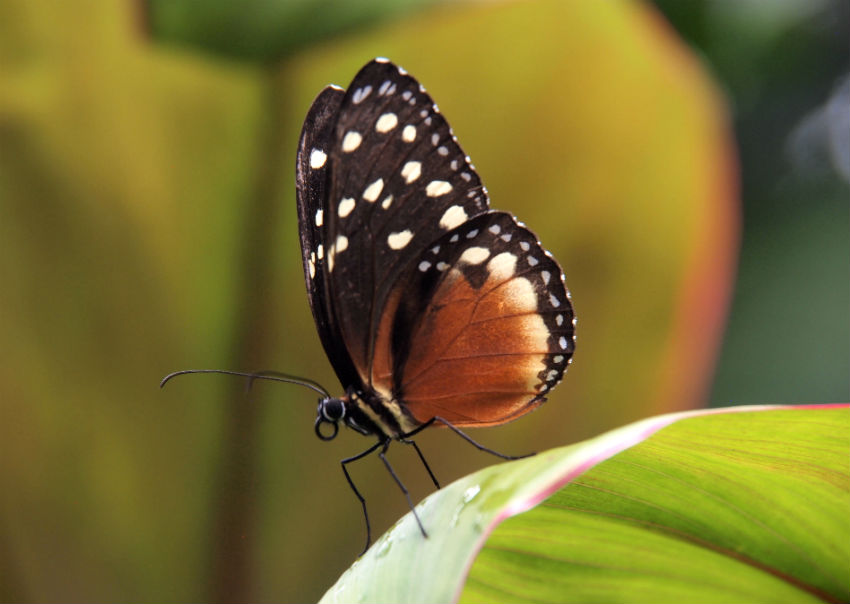 Perhaps just to top off such a good day, we went to dinner at one of Armenia's best restaurants. We treated ourselves to a cab to La Fogata, where Barbara had filet mignon with bacon and mushroom sauce, and I had a slightly less prestigious cut of beef stuffed with bacon and mozzarella. Not half bad! Although it was expensive by our street-food standards, the filet mignon cost a little over $10 U.S. Wow!

Our third full day may have been the best, or even the worst, but it was certainly the most memorable. First, we took a bus to the popular tourist town of Salento. 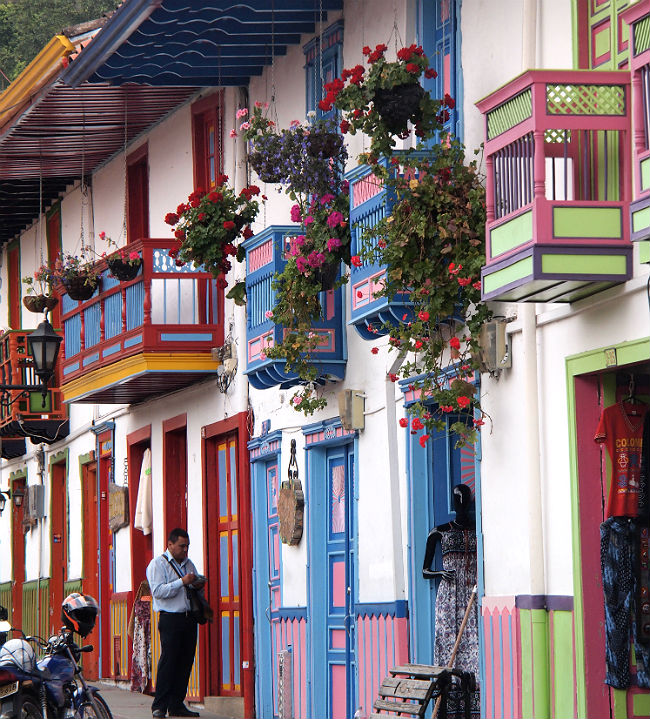 From Salento, we rode a "Willy," an older Jeep, to the Cocora Valley. This is the place in Colombia which is best known for its wax palms -- remarkable trees that we'd already seen near Salamina.


We intended to go for a walk in the Cocora Valley that was supposed to take about 45 minutes. Somehow we found ourselves on a route that takes four or five hours! The upside of the experience was literally an upside: walking for almost two hours, up and up, with many stunning views of the valley and the trees.


The downside was just that. Walking down, and down, on muddy, slippery, steep trails, in small streambeds, and across rickety bridges. Eventually, it began to rain so hard that we needed to put our cameras away.


The total walk, somewhere between 4 and 5 hours, was more than we bargained for, but probably worth it. At least as a good memory!

Perhaps the nicest surprise of the day occurred when we finally returned to the little settlement of Cocora. We needed a Willy to take us back to Salento, but none were to be seen. And the rain was pouring down.  (We learned later that Colombia was playing Bolivia in a qualifying match for the World Cup, so the Willy drivers had apparently decided to take the afternoon off and watch TV.)

We had no idea what to do, and it was like a miracle when a sleek new car of some luxurious sort pulled up beside us. The woman driver asked if we needed a ride to Salento. Did we ever! We could hardly believe that she welcomed two such wet and muddy gringos into her immaculate car. But she drove us the half hour into Salento, where we soon caught a bus back to town, a damp, chilly, and not very pleasant ride. When we reached the terminal, it was dark, and we happily splurged on a taxi back to the apartment.

On our last day in Armenia, we were uncertain if we'd be up to doing anything at all! It was raining some of the time. Eventually, we dragged ourselves out for a visit to the Parque del Museo Oro Quimbaya.


The following photos are from the Parque del Museo Oro Quimbaya. 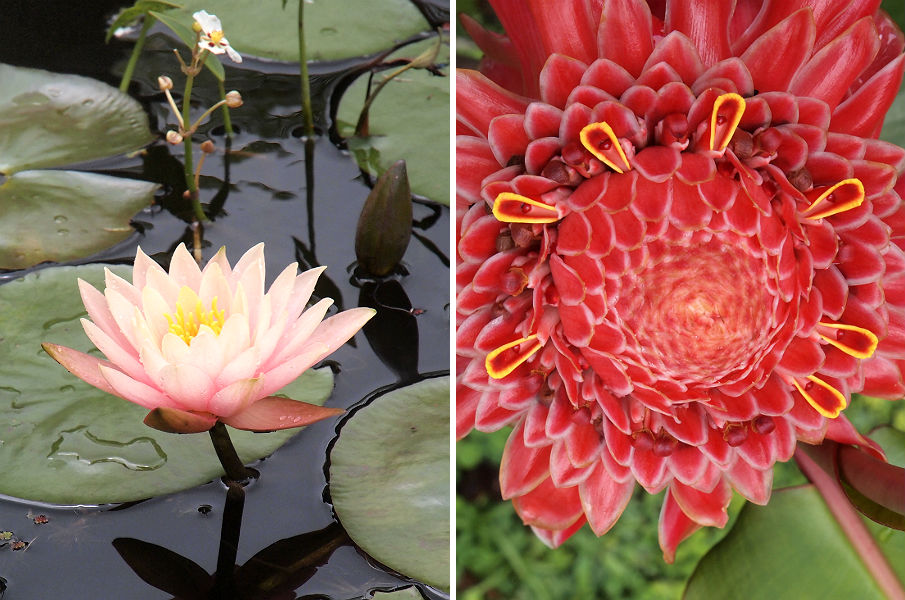 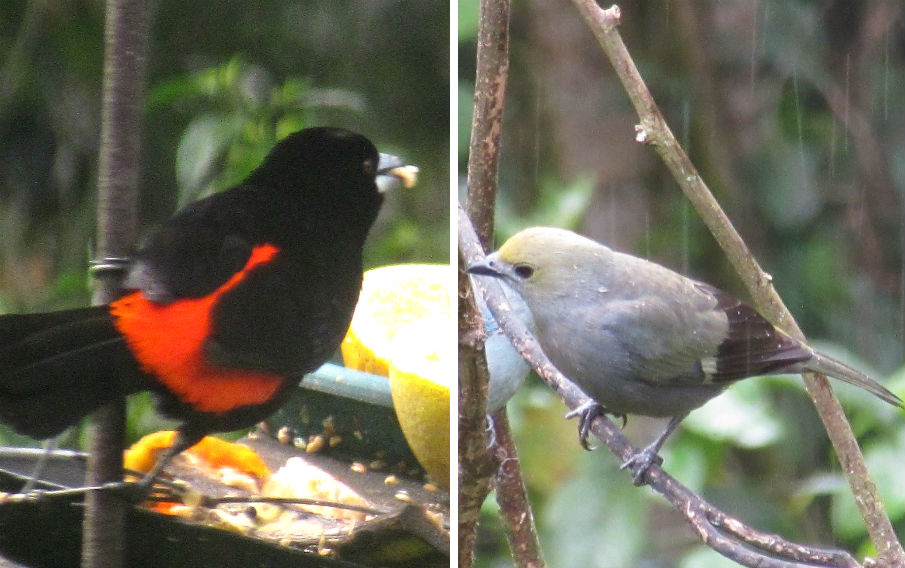 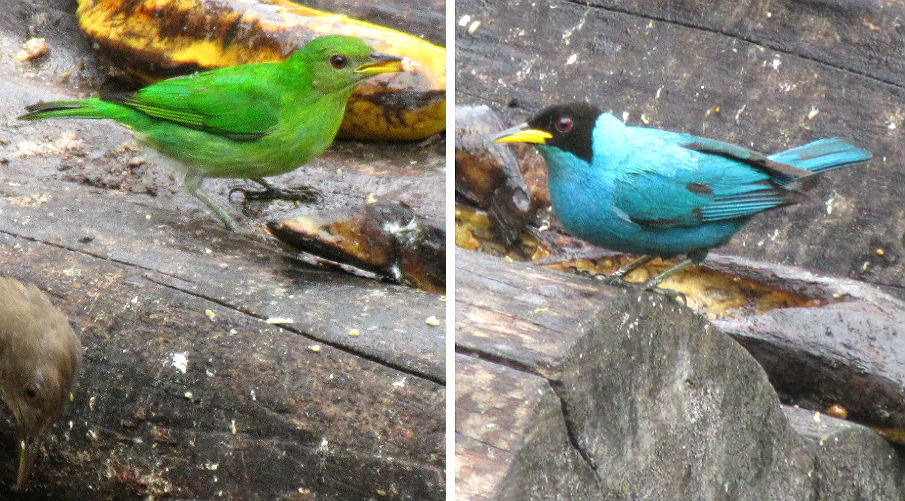 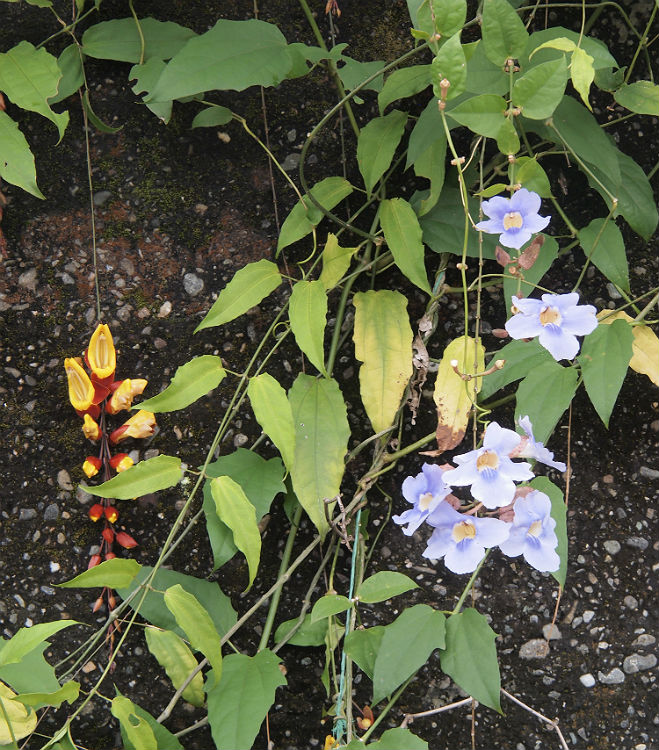 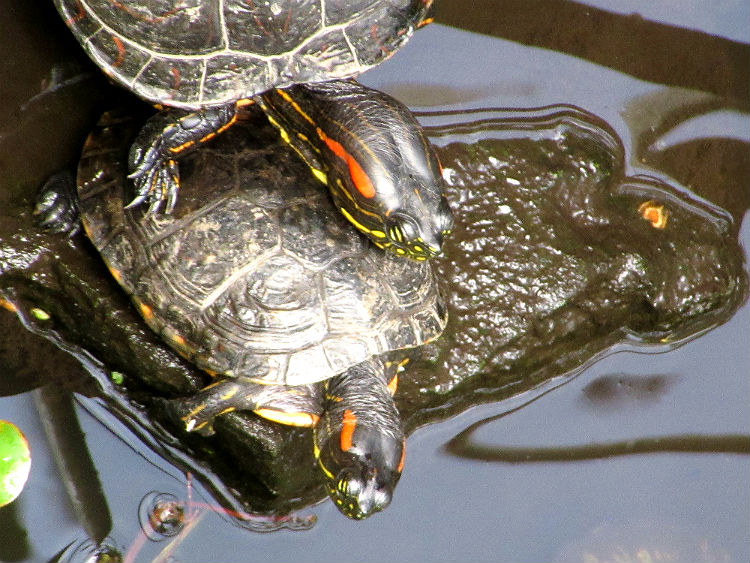 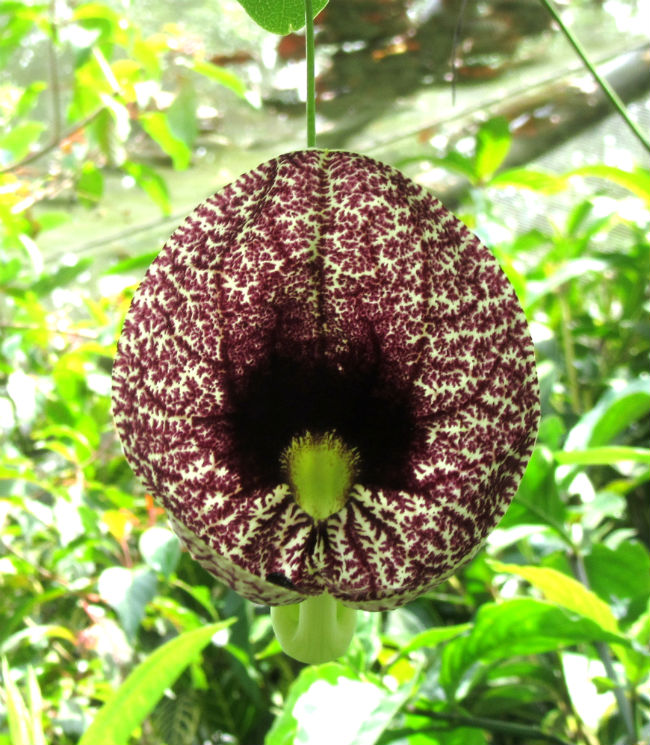 We enjoyed the gardens, and also an indoor exhibit about one of the indigenous peoples of Colombia who still use trained "talkers," mediators, to settle disputes in the community. Most impressive, to us, was how much this fine facility is used -- for university classes, workshops, conferences, lectures, concerts, even day care. (Children had made an interesting timeline about Colombia's long, long path to peace.)

Finally, on the same day, we went to downtown Armenia. We visited Plaza Bolivar and a number of pedestrian blocks with shops, street performers, and many strollers.

While walking on a side-street downtown, we came across a colorful building. A young Colombian woman invited us through the chain-link fence and said that this was a theater operated by a local troupe of young actors. The building and courtyard were adorned with eye-catching sculptures, and every inch of everything was painted in bright colors. 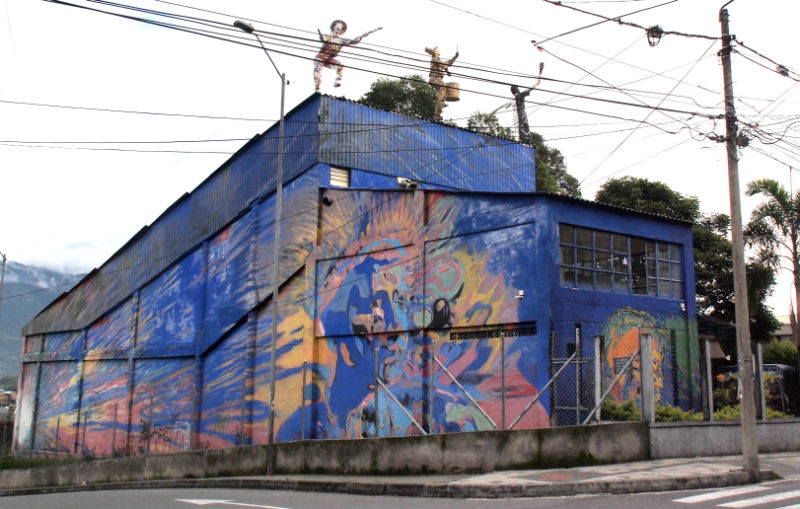 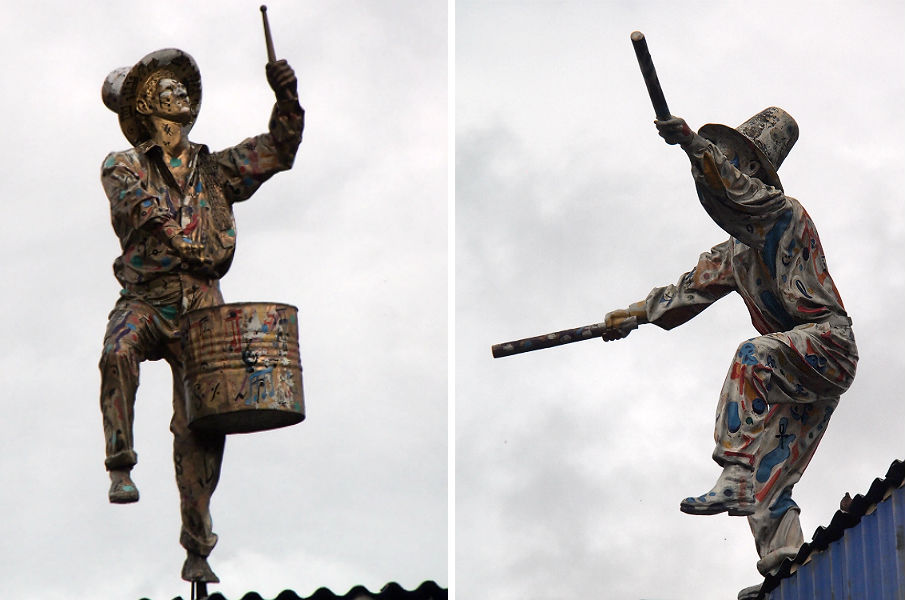 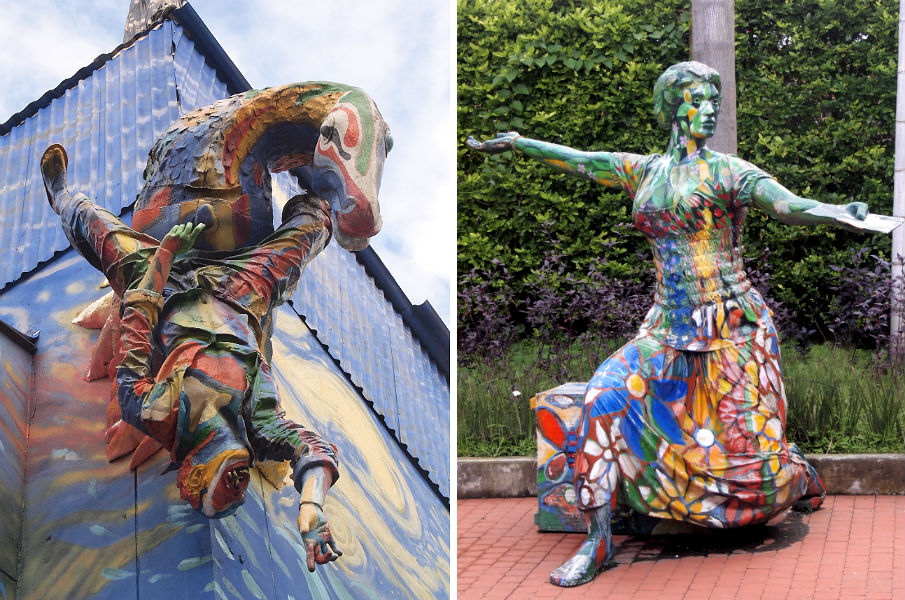 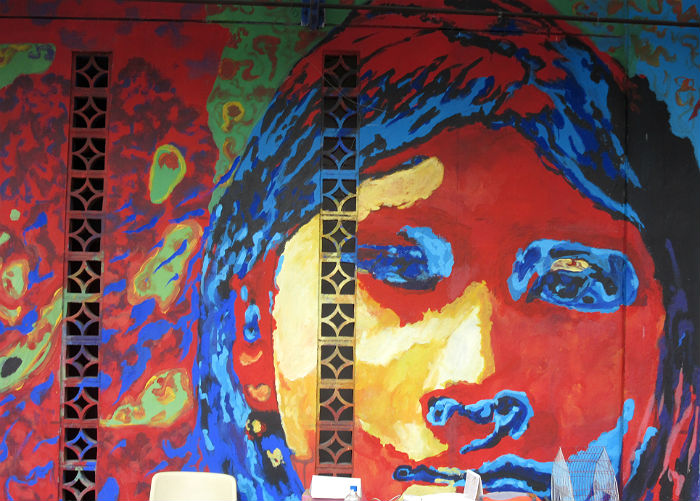 At last we'd recovered enough from the previous day's long hike to have appetites, and we both gorged at some sort of steak and burger place.

On Saturday morning, the 25th, we had to start early for the long taxi ride to the airport and flight back to Bogota. By 10 a.m. we were back in Kylie's apartment, ready to pack and get ready for the long trip home.

We still had one full day in Bogota before our flight to Mexico on the 27th, and we used it for a visit to the Museo Botero, which is actually part of a museum complex in downtown Bogota. Some of Botero's sculptures are displayed in the museum, but also many of his equally bizarre paintings. Perhaps even more remarkable was Botero's collection of paintings by other artists.


Botero donated his art collection to the city about 16 years ago. There were paintings by Degas, Matisse, Chagall, Rousseau, Lautrec, Renoir, and Picasso (among others) a Dali sculpture, and a Calder mobile. All are in the museum.

We also wandered for quite a while in downtown Bogota, having little idea where we were much of the time, but it was enjoyable. I began to see how some people might actually get to like this city.

Finally we returned to Kylie's apartment for the last time. Tomorrow, Monday the 27th, we fly to Mexico City. On the 28th we'll fly to Manchester, New Hampshire, but because of a wretched flight change, we won't get there until midnight. We will have to stay over in Manchester and return home, finally, on March 29, Wally's birthday. Even though we loved Colombia, returning home will be a great birthday present.