It was probably a mistake to go all the way from Guatape to Manizales in one day. We left Guatape on the morning of March 5 on a bus bound for Medellin and didn't arrive in Manizales until dusk. All we needed to do then was take a cab to the AirBnB home where we were staying for the night. Big problem! In its confirmation email, AirBnB had given the wrong address and phone number.

We had an amazingly patient and helpful cab driver. When he saw that the address was a vacant lot (!!!) he stopped the cab repeatedly to ask local folks where the place might be. Night had well and truly fallen. Finally we went to a police station. They were mystified too, but I was able to use wifi there and search through all the other info from AirBnB, finding the correct address at last.

It was a long, stressful trip to Manizales. The next morning we left for the country -- just a few miles outside of the city, and our first-night hosts kindly drove us to meet our next host, who took us to her finca. Staying at Gloria Patricia's place, after all the traveling, was like going to heaven.

We extended our stay to four nights, largely because Patricia's place was so comfortable and she was so kind (and such a fabulous cook) but also because we enjoyed walking in the area so much. We left with plans to return in about a week. Most of the time on our three days there was a mix of clouds and sun, but in the afternoons and evenings, there were huge thunderstorms. The photos show what a great place it was. 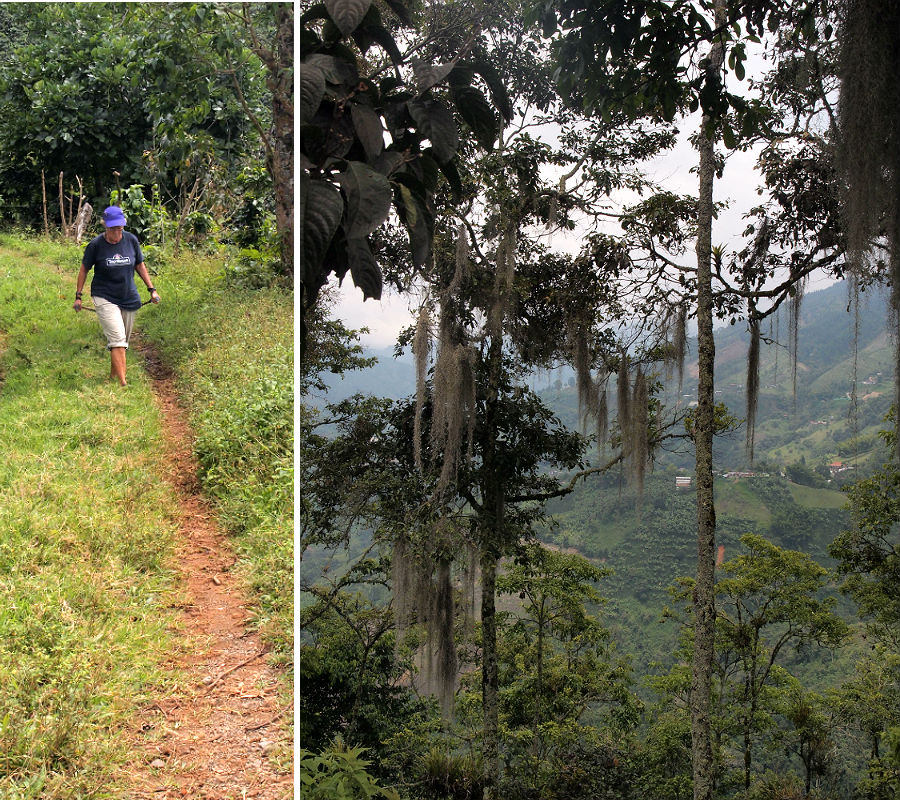 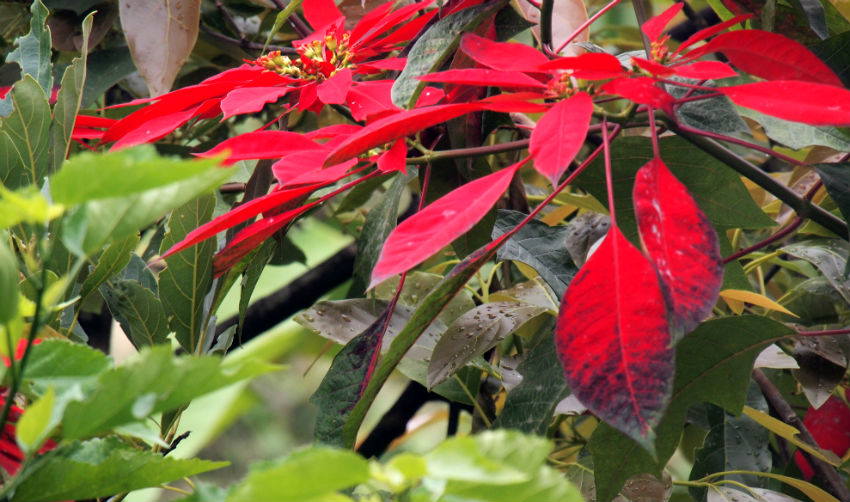 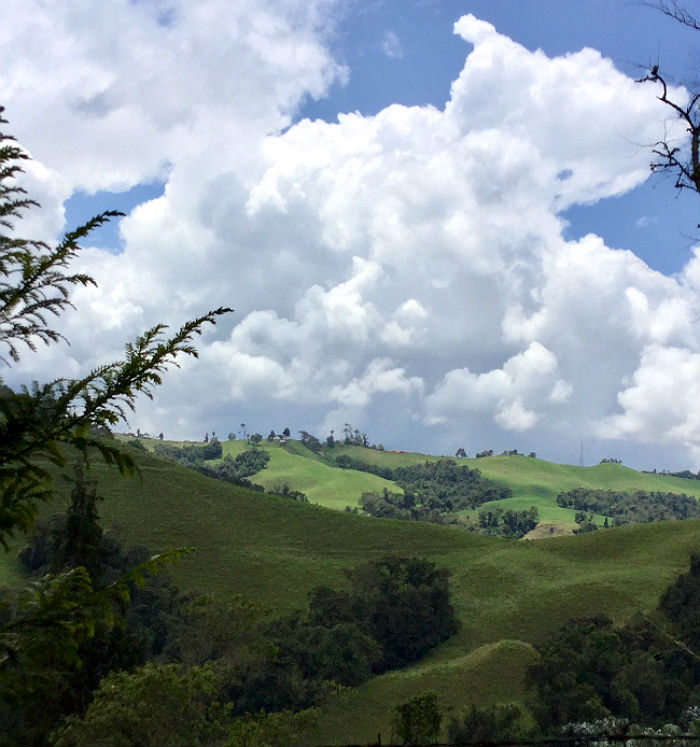 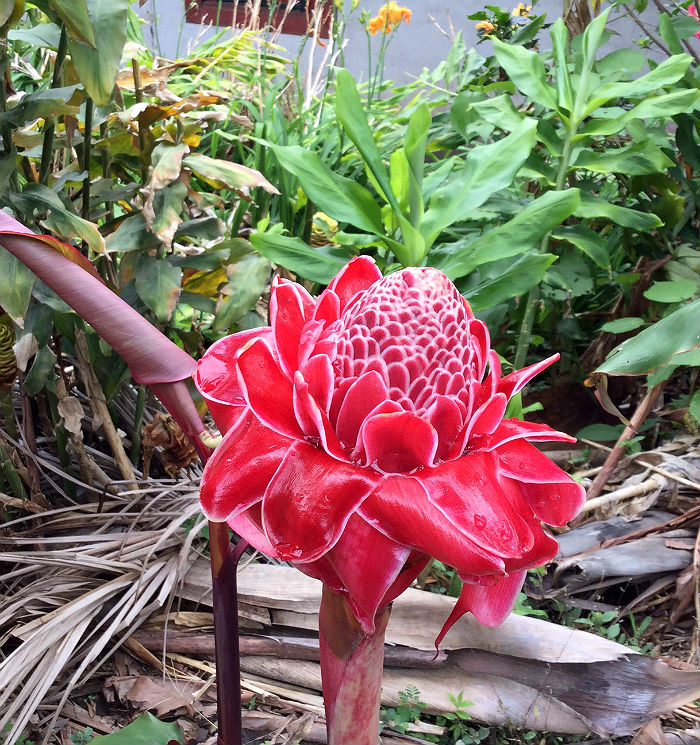 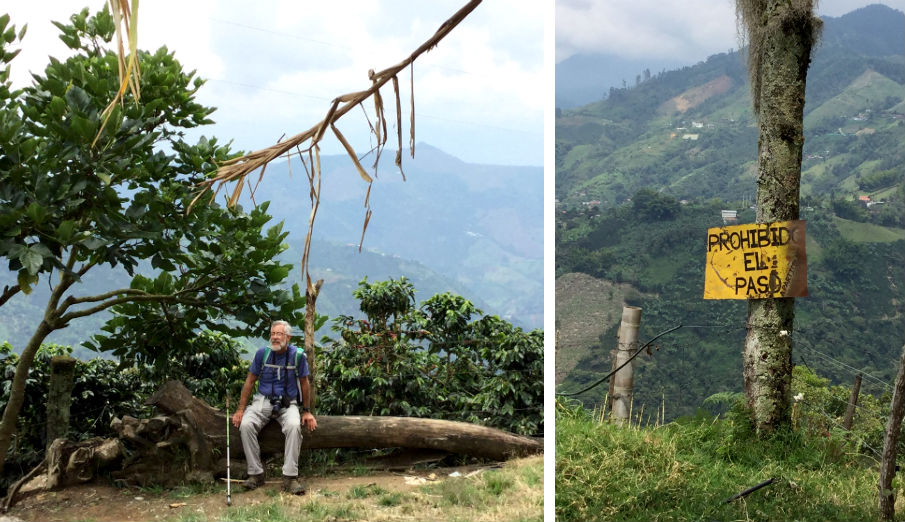 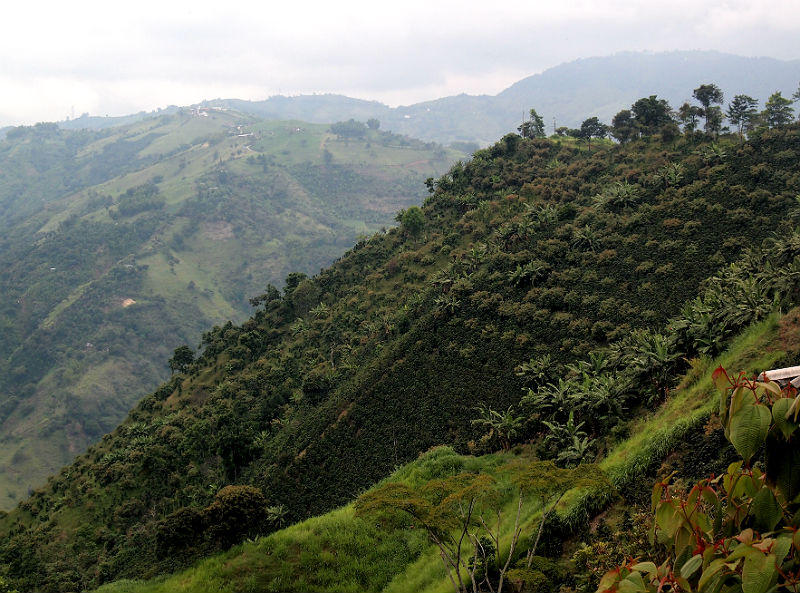 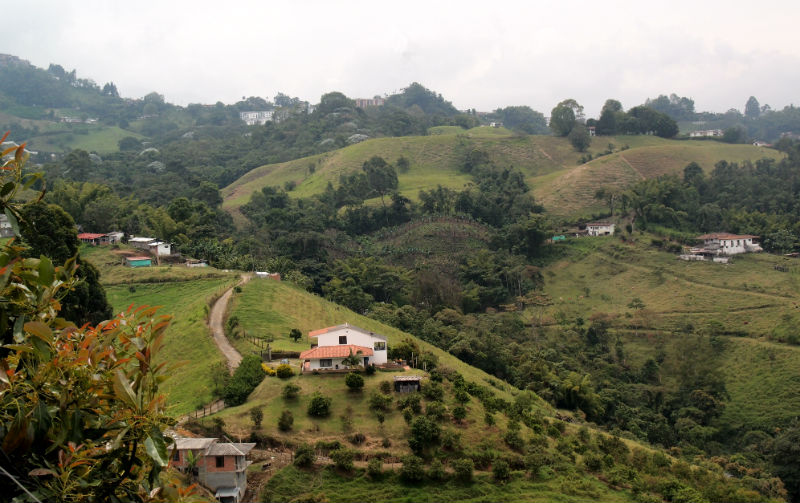 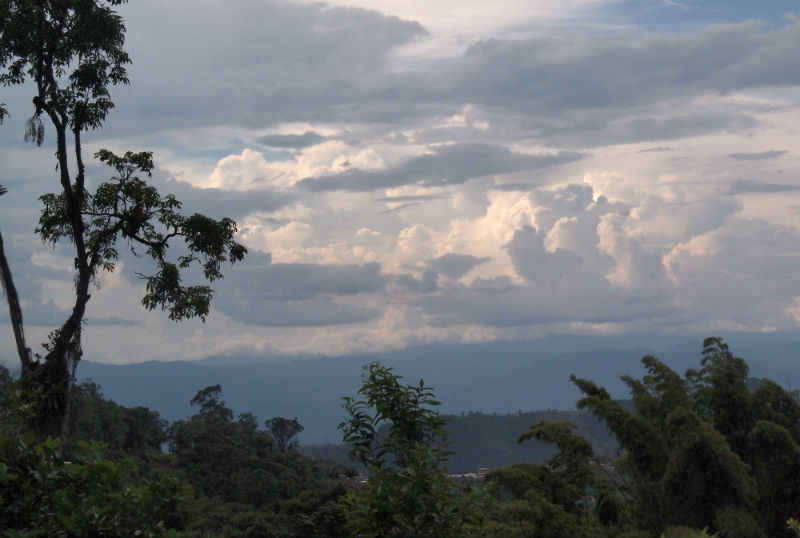 On our last day, Patricia organized a tour for us with an English speaking guide and friend, Juan Carlos. He picked us up early Thursday morning at Patricia's and drove us to Rio Blanco Nature Reserve on the far side of Manizales. With Juan Carlos and a local guide, Luz, we walked in the reserve, had a snack, and were delighted by the number of birds we saw. 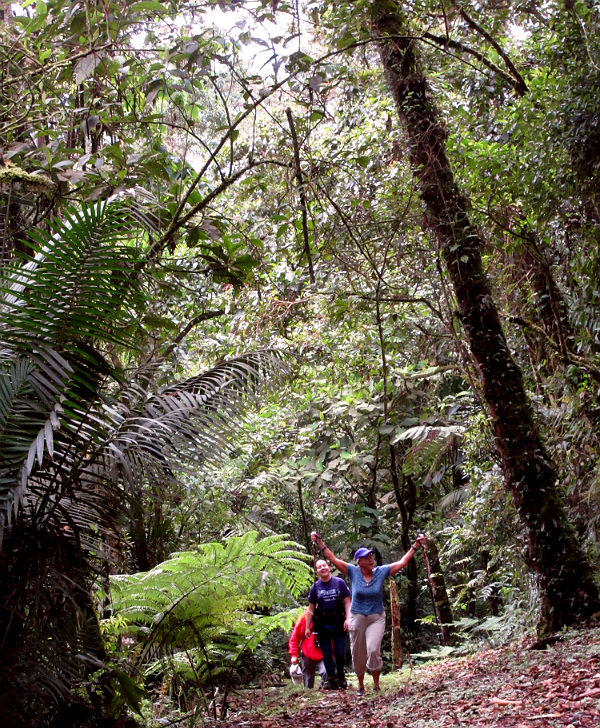 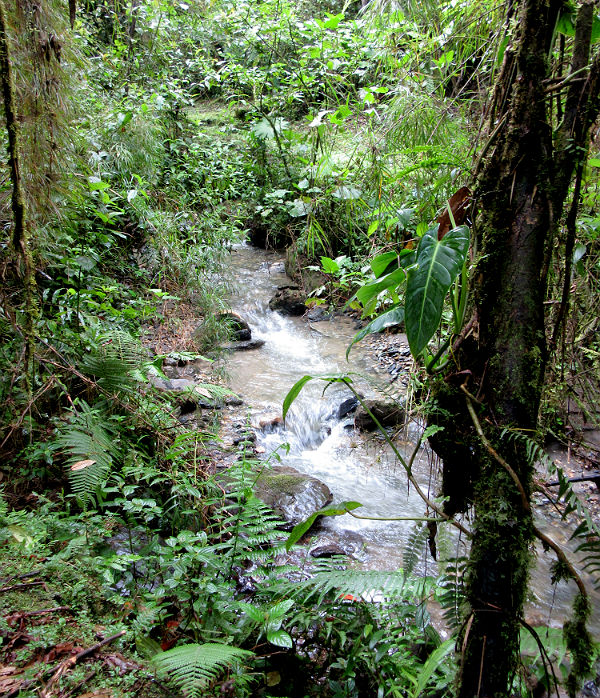 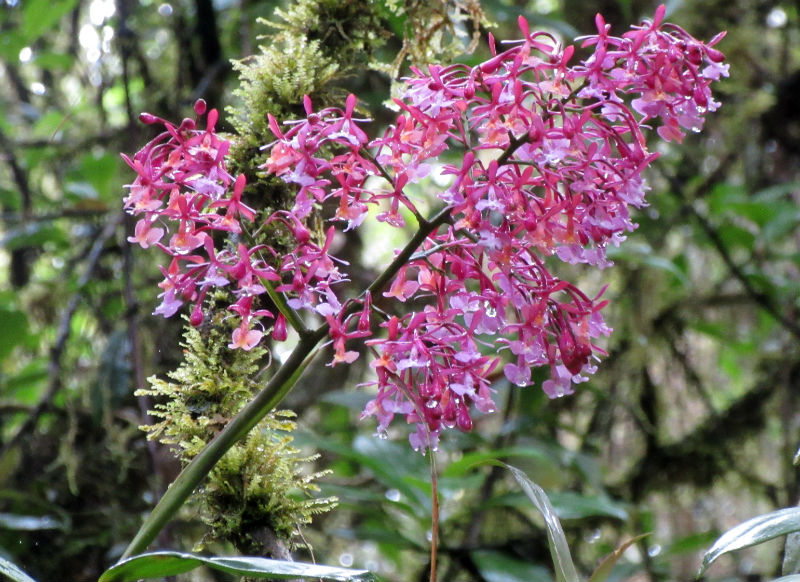 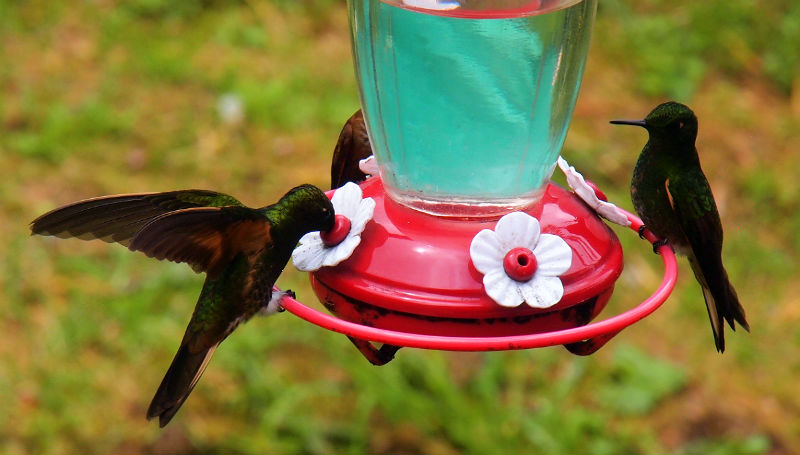 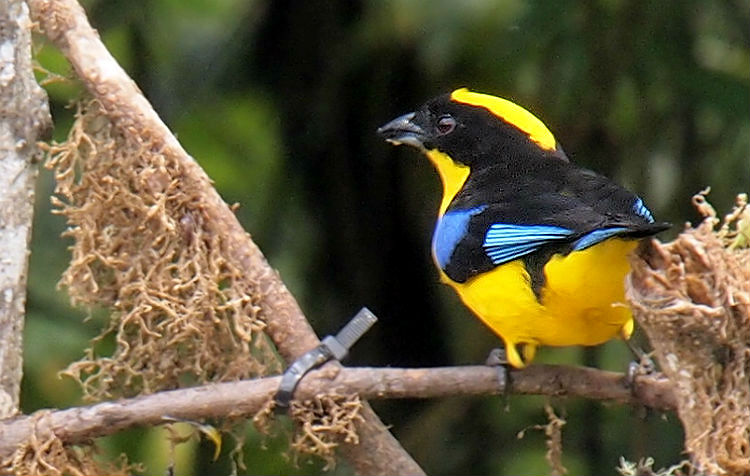 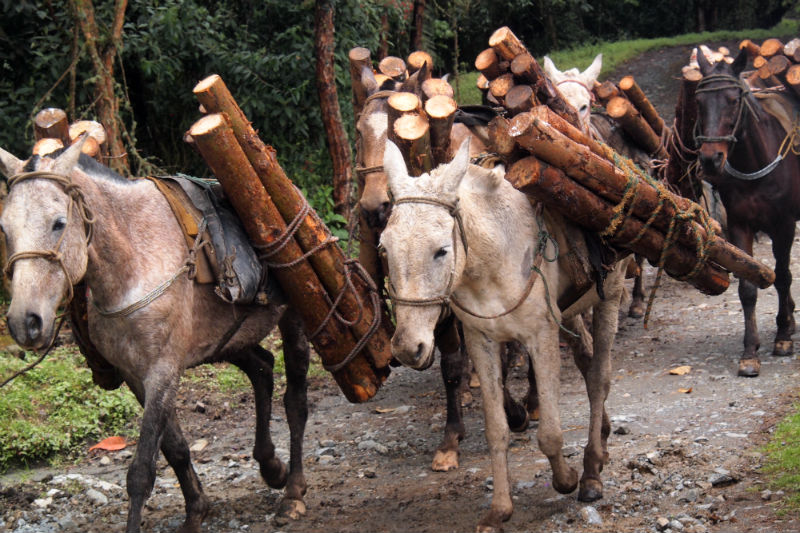 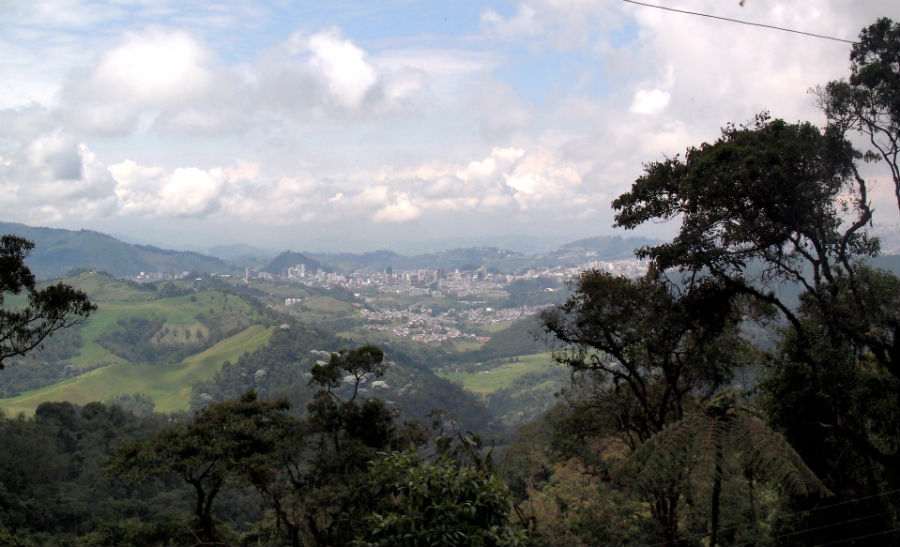 Then Juan Carlos showed us a few of the high points (literally) of Manizales. We went to an area of the city called Chipre, where there are breathtaking views. Also near this area is the Monumento a los Colonizadores, a sculpture representing the struggles of the settlers who came south from Antioquia (the department where Medellin is located.)  The next photos show details of this huge work; it's hard to find a vantage point that will show it all at once! 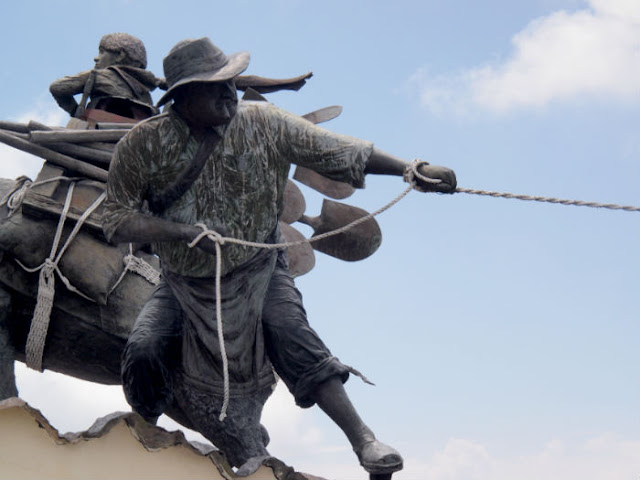 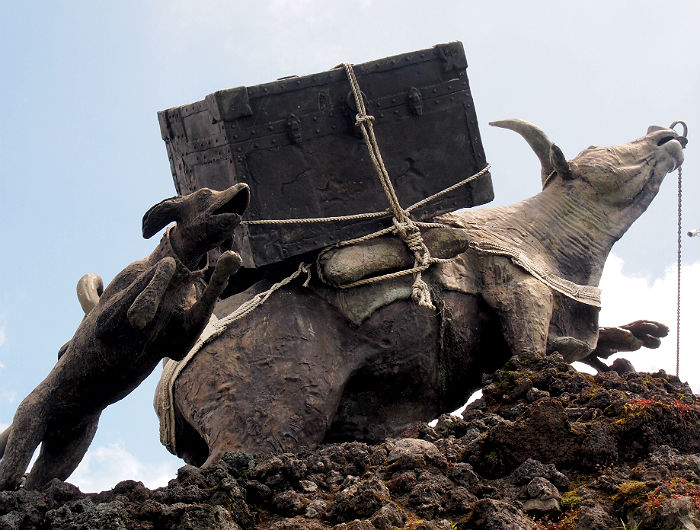 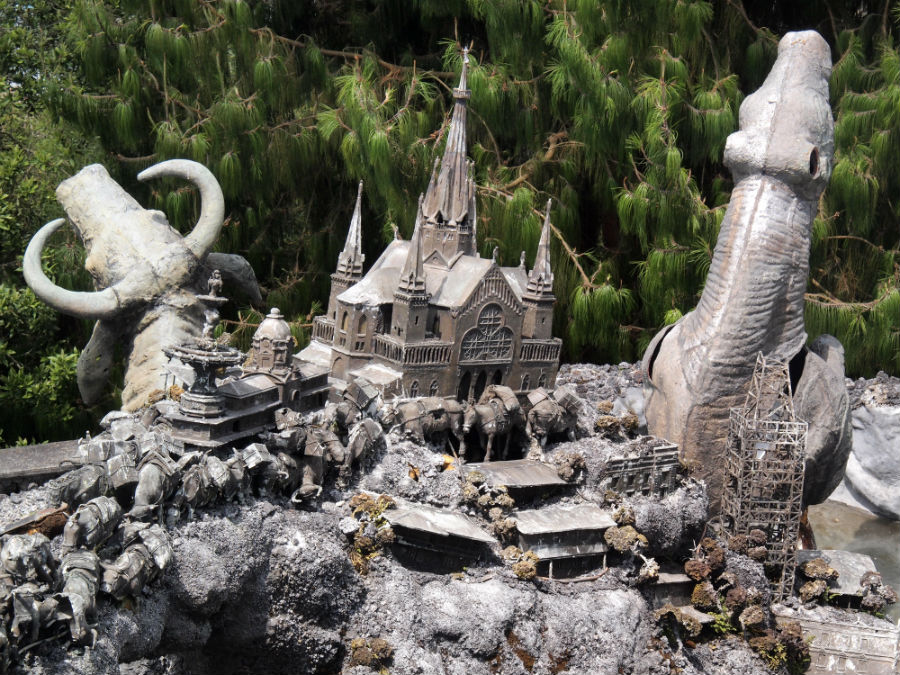 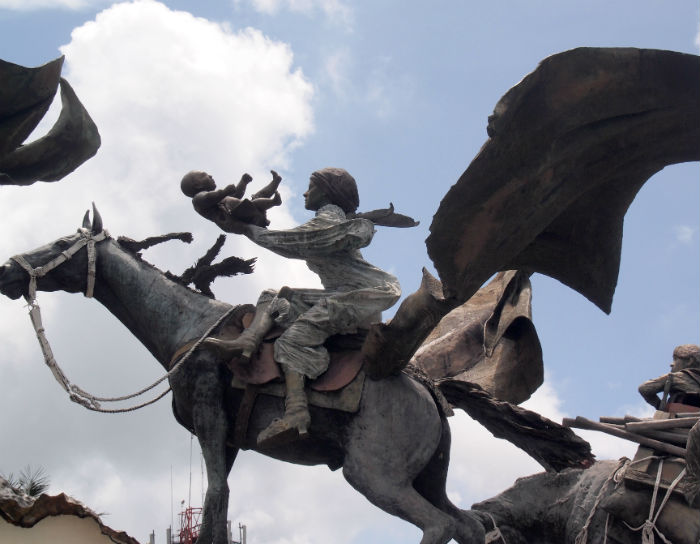 Finally Juan Carlos returned us to Patricia's, charging us much, much less than it should have cost. It was a wonderful day.

On Friday, March 10, Patricia drove us to the Fundadores cable station and we enjoyed a ride directly to the Terminal de Transportes. There we found a shared cab -- quicker than a bus and only a dollar or two more -- to our next destination, Salamina, Caldas.